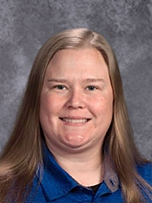 St. Ursula Academy recently named Amy Muszynski ’04 as its new Varsity Softball head coach. Muszynski was a member of the 2004 State Champion Arrows softball team. She is a Social Studies teacher and a founding contributor to the Junior Academy, SUA’s middle school for girls in grades 6-8.

Muszynski, a Perrysburg resident, earned a Bachelor of Education degree from the University of Toledo before returning to her alma mater to teach. She is a 2020 Diocese of Toledo Golden Apple winner for Excellence in Teaching. She is also a member of St. Rose parish.

“I am really excited about this opportunity to coach at St. Ursula Academy again. The players are talented and hardworking. I look forward to helping them achieve their goals on and off the field,” Muszynski said.