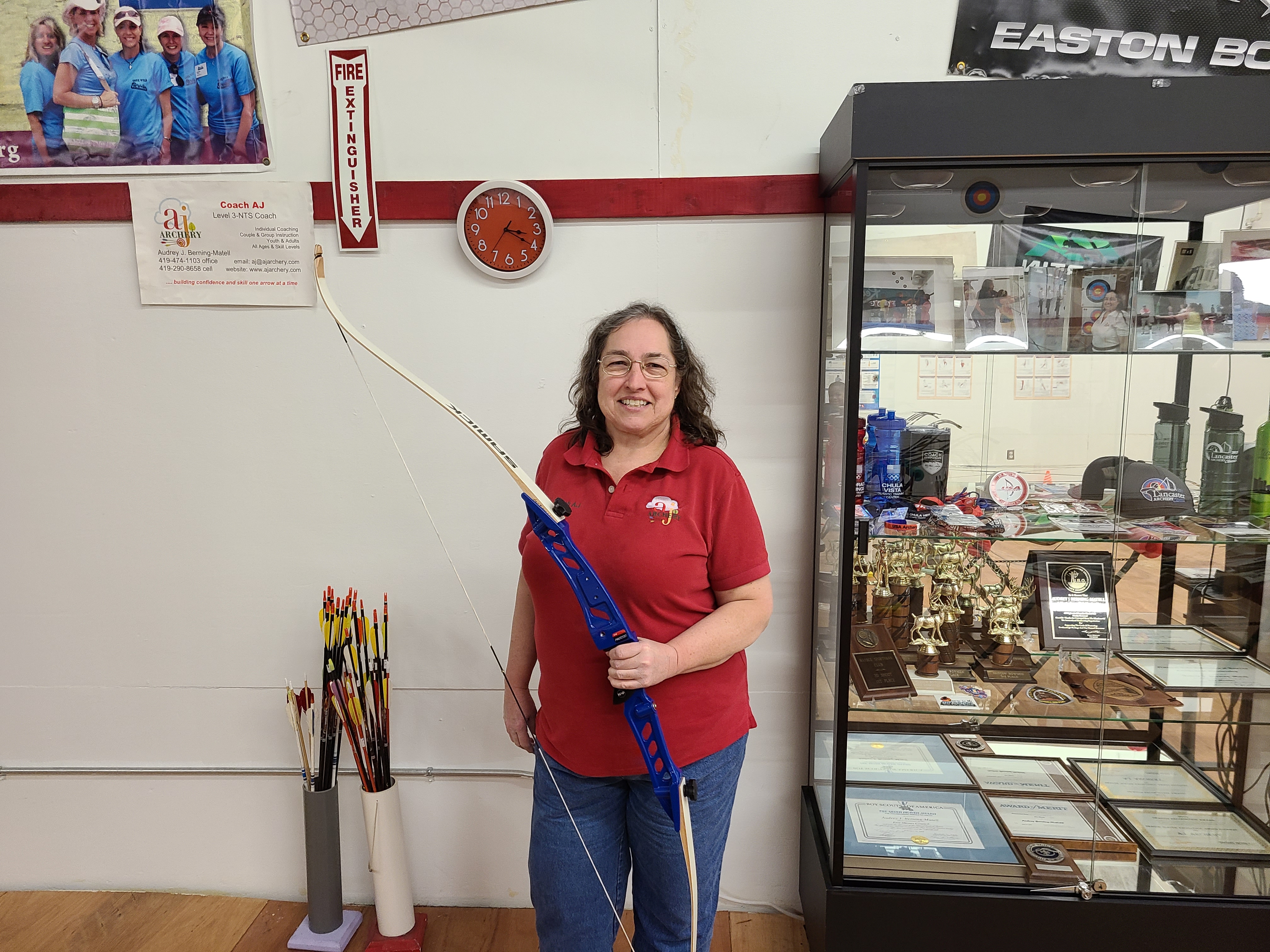 Audrey J. (AJ) Berning-Matell ’74 is the daughter of an alumna, Julia (Wolinski) Berning ’54; mother of an alumna, Heather Lauth ’98; grandmother of a recent graduate, Ericka Lauth ’21; and sister of four alumnae—Helen Davis ’77, Diane Haupricht ’79, Juliette Schaefer ’81, and Louise Maxwell ’86. To say she is an Arrow at heart is an understatement.

After graduating from SUA, she received the Alumni Scholarship to attend Mary Manse College, which closed after her freshman year. For the following 18 months, she attended Marygrove College in Detroit, Mich. Then, at the University of Toledo, she earned a bachelor’s degree in art and a bachelor’s degree in public relations. Both degrees helped her later in creating and operating her businesses, AJ Outdoors LLC and AJ Archery.

AJ’s love of the outdoors began at an early age. She and her late husband, Matt, shared that love of nature with their children, Zac and Heather. In 2001, they added archery to their many interests. For many years, they traveled to the local archery clubs in Ohio and Michigan for their weekend shoots, often with their children and granddaughter. In 2004, AJ began instructing others in archery.

In 2013, AJ started her own business for teaching archery and lessons about the outdoors. She also earned a USA Archery Level 3-NTS Coach certification. Her most memorable training experience was participating in the International Adaptive Archery Seminar in Mexico with 12 para-athletes with varying disabilities.

For several years, she supported SUA students who were interested in learning more about archery. In addition, she has worked with the Junior Olympic Archery Development, 4-H Archery Team, Girl Scouts of Western Ohio, Erie Shores Council Boy Scouts of America (BSA), and the Great Lakes Longbow Invitational. Since 2019, she has been the head coach and lead instructor for archery for the Buckeye Wheelchair Games for the Paralyzed Veterans of America, a role that she treasures, as her family includes several veterans.

As a grandmother, coach, and active board member for several organizations, AJ works daily to make a positive impact on her community.